War Memorials on Via Karelia

Running from Virolahti all the way to Salla, the route of Via Karelia has many memorials from the Second World War. They tell a tale of a heroic battle for independence and an exceptional European survival story amidst the great war.

Finland was the only country fighting for the defeated side that did not experience occupation during the war or post-war. Neither did the inner parts of Finland ever see ground warfare, unlike other countries of continental Europe partaking the war. In all the other warfaring countries in continental Europe, frontiers ran in two directions through their land.

Via Karelia has many WW II war memorials. They actually date back to three different wars in 1939-1945. Therefore it is not an easy task to make sense of how they the memorials relate to each other chronologically and in military historical perspective. Battles were not continuous en route of Via Karelia. An unbroken front line never ran in the vicinity of the route.

In the southern part of Via Karelia, there are hardly any memorial sites. This is because parts of Karelia were signed over to the Soviet Union. After the Winter War, Finland lost the Karelian isthmus and Karelian regions north of Lake Ladoga. Finland lost the same area again when the Continuation War ended in the autumn of 1944. The majority of the most significant battles were fought there.

Therefore, on the southern side of Ilomantsi, the sites commemorating war are mostly fortifications, such as restored structures of the Salpa Line, the last line of Finnish defense. The Salpa Line follows Via Karelia all the way up north. It never saw actual battle.

Some of the Salpa Line fortifications were built on battle sites of the Winter War, because these sites were considered as strategically important. The Line did not yet exist in the Winter War. 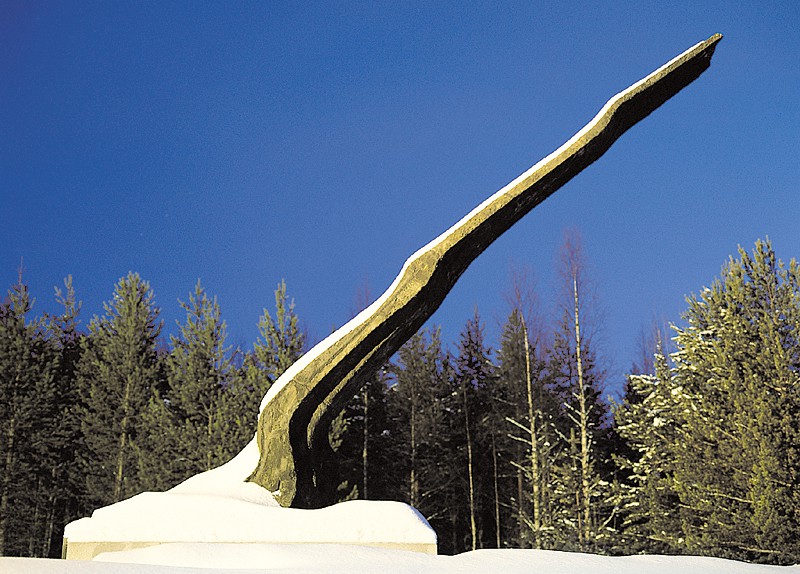 Joensuu Bunker Museum is Marjala district, some 7 km from the city centre toward Kuopio. There’s a sign guiding to the museum at the Marjala interchange. The museum exhibits the…

Founded in 1987, the museum grounds display the history of fortification works of “Suomen Salpa”, the Salpa Line. The location was originally a part of the Salpa Line, and operated as a defense centre for a fortified company. It is, therefore, an authentic location. Construction of the Line started immediately after the Winter War.

Some 20 kilometres from Hamina toward Virojoki, by national road 7, there’s a bunker museum founded by the Virolahti municipality and the local war veterans’ associations in 1980. The governing…

The museum is located at the junction of Via Karelia and Raate Road. The shape of the building mimics an anti-tank obstacle, damaged by explosives. The museum was first opened…

In the Cavalry Museum you can experience the fire of the fierce Hackapelites and succumb to the charm of the red-panted dragoons The exhibition opening in the summer of 2019,…

Whereas the main theme of the Ironworks Museum is to demonstrate processing of limonite into iron, its exhibition “Möhkö in War” showcases the stages of the Winter War and the…

The frontier guard post has been used by soldiers under the reign of three different domains. It served first as a frontier guard for Finns, then for the Russians in…

The Winter War Museum, owned by the town of Kuhmo, illustrates the local events of the Winter War with artefacts, photographs, miniatures and sound effects. The exhibition also demonstrates the…

Founded in 1983, the museum is located in the infirmary space of a former reserve garrison in Rautjärvi. One of the famous battle grounds of the Winter War, the Kollaa River, runs on the northern side of Lake Ladoga, and many men from Rautjärvi fought there. The famous sniper, Simo Häyhä, was from Rautjärvi, too.

The House offers restaurant services and an exhibition on military history. Artefacts are exhibited indoors, and outside there are artillery guns, a dugout and an opportunity to watch a short…

The cabin on Parppeinvaara, Ilomantsi, was originally the field headquarters of Major General Erkki Raappana, the commander of the 14th division during the War. The headquarters was used for commanding the Rukajärvi battles.